Has your boss ever come to a decision that you considered unethical? Most likely, you’ll answer ” Yes.” Companies often begin their path with correct and ethical decisions; however, after some time, the concept of morality is blurred, and it becomes difficult to understand what is good and what is bad.

The world of business and finance is unstable, and the achievements put in the forefront. Being under pressure, leaders occasionally renounce their principles, without even noticing it. As soon as the line is crossed, the new behavior concepts become permissible, and members of the team change their behavioral patterns.

If you are managing a company, you must watch over yourself and your employees, as well as control the situation to avoid tragic consequences.

In 2006, Marianne Jennings published a book called “The Seven Things of Ethical Collapse.” In it, she describes the characteristics that will make you able to identify potential weaknesses of the company and the existence of the threat of ethical collapse. Here they are:

1. The obsession with numbers.

6. Innovation and rapid growth of the company.

7. The absence of balance.

#1 The Obsession with Numbers

Any organization wants to maintain a certain level of performance, but when it becomes possessed with only the quantitative goals, it can cross the line. I’m talking about the financial component, but it can be any performance measurement.

Make sure that each member of your team knows the core values of your company and does not violate them. Meet with the staff and explain to them why they can’t cross the line and what consequences await them if they do cross it.

The atmosphere of fear and silence can mask the presence of ethical problems. For example, some employees may be afraid to speak out about their experiences because they get fired for this. They also may not ask for help not to seem incompetent. When a person is scared and silent, it can lead to very serious consequences.

Cultivate free atmosphere, encourage feedback and make sure that constructive criticism won’t be perceived as a personal insult. Communicate with the employee in private if you feel he/she is uncomfortable in expressing opinions publicly.

When your team is silent, it means that people are afraid of conflict. By itself, the conflict that evolves constructively can help to detect many hidden problems. Develop your management skills and be a good example for others!

The presence of young and inexperienced managers does not mean that they will make wrong decisions. However, in cooperation with more experienced colleagues, they may obey them in spite of the inner disagreement.

Revealing this weak point is one of the greatest challenges. Well, if it appears that “the best” manager harms the development of others, think how you could change the situation. Finally, fire him/her!

There are few common reasons for a weak leadership:

Maintain lines of communication so that the leadership can freely communicate with the team members and vice versa. This will prevent situations when younger managers filter information at their sole discretion, avoid disclosure of bad news and exaggerate good news.

A conflict of interest arises when the person who makes the decision guides by his personal interests instead of the company’s. For example, your Manager may appoint a friend or relative on a high-paying position. When team members discover it, they start to think they have the right to behave immorally in relation to the company and customers.

Think about people in your organization who make important decisions. Set clear rules that cannot be broken.

#6 Innovation and Rapid Growth of the Company

Of course, the innovations themselves are an engine of progress; however, problems can arise when an organization implements them without thinking about ethics and the law. The faster the company moves forward, the stronger the desire to circumvent the law. This superiority complex can also lead to bad decisions.

If your company is successful, consider whether all is as good as it seems at first glance. There are enough examples of collapses of seemingly strong organizations. Maybe, you have missed something?

It sometimes happens that the improvements in one area go along with the deterioration in other. In the past, companies suffered from ethical collapse compensated their behavior with charity.

But the situation changed, and when a company donates money, its leaders may think that they have the right to make unethical decisions.

Answer the question “What drives your company when it donates to charity?” If it is solely the desire to atone for the past and future sins, then you need to deal with the immoral behavior of the company or its separate representatives. 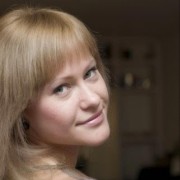 AirDroid is Coming to iOS & You can Sign Up for Beta Version!

How To Get Rounded Corners on your Android's Display?