Raspberry Pi 3 is the new version of the most interesting segment of the Mini-PC single board development and comes with interesting improvements to celebrate the fourth anniversary of the foundation that supports it .

Raspberry Pi 3 is the first version that includes a chipset with 64 – bit processor , BCM2837  Broadcom based on ARM Cortex A53, quad core operating at frequencies of 1.2 GHz will provide increased processing performance. Up to 10 times what the original offered the Raspberry Pi and 50% higher than in February Raspberry Pi.

The graphic is covered with a VideoCore IV GPU 400 MHz and includes 1 Gbyte of memory LPDDR2.

Another highlight is the improvement in point of connectivity , adding a module wireless connectivity Wi-Fi n which had been requested by some users.  Bluetooth 4.1 (Bluetooth Low Energy), Ethernet, HDMI, 4 USB ports 2.0 or microSD card reader, complete this section. 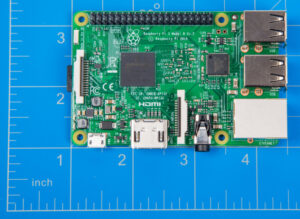 Raspberry Pi 3 maintains the low cost of all versions and is already available on  element14 and  RS Components  for $ 35 . The last images of NOOBS or Raspbian can be downloaded from the website of Raspberry .

The foundation will keep selling Raspberry Pi Model B + 1 and B Raspberry Pi 2 Model 25 and $ 35 respectively. Also the entry model Model A + for $ 20.

Why is Data Mesh so popular among new businesses?

A Guide on Optimizing the Mac’s Storage