It was pretty much easy in the past to save snaps or screenshot Snapchat without them knowing. However, the most recent Snapchat feature inhibits the screenshotting action.

If you are a Snapchat user, you must be aware that the only way to save snaps on Snapchat is to screenshot them. But the catch here is, that Snapchat sends an alerting message to the next person, that you took a screenshot.

Don’t Miss: How To Know Who Is Stalking You On Instagram?

If you want to save the streaks, pictures, or a video that your friend sent you, but do not want them to know that you’re having a record of their streak snaps. Don’t worry, you can easily save them by taking a screenshot.

How to Screenshot on Snapchat?

1. Use a Screen Recorder App

The first method is to use a screen recorder app because Snapchat cannot determine whether you are recording your screen or not. A screen recorder is one of the finest and easiest ways to take a screenshot on Snapchat.

Note: Set the screen recording app to the highest resolution before recording the screen.

2. Using a different smartphone to record

You can simply record a movie of a Snapchat video or capture a picture of a Snapchat image using another smartphone. Following that, you may alter the photo or video you took, and lastly, preserve a copy of other people’s Snapchat stories without them knowing.

If you do not have another smartphone at that moment, then go for the methods given below.

On an iPhone, there’s a different method to take a screenshot on Snapchat without the other person knowing. One of them is Assistive touch.

Note: If you have an iPhone X or later model with Face ID enabled, screenshotting with Assistive-Touch may not operate.

4. Connecting a phone to a laptop

Note: It is also feasible to take a Snapchat screenshot on a Windows PC, but you will need to install an Android emulator and run the Snapchat application on a PC to do so.

The last method on the list is to turn on Airplane mode which is quite effective. It allows you to capture a screenshot of a snap without sending an alerting message. It is a little time-consuming work, but it works most of the time.

Capturing a screenshot is not prohibited in and of itself. We hope you were able to find a suitable answer to your question about how to screenshot Snapchat without them knowing? Let us know if these approaches worked for you in the comments area below. 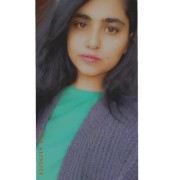 Hey, Gullnoor here-a writer. Technology is something I have been passionate about and I enjoy nothing more than learning the new trends that technology is taking in order to work more efficiently in world of virtual reality.

How To Disable or Enable Android System Webview?

How To Download OnlyFans Videos on iPhone and Computer?

How to Remove Directory and Files in the Linux Terminal