Taking a screenshot on an iPhone had been like that for years before the iPhone X arrived in 2017. Hold power and home buttons simultaneously for a few seconds, and a screenshot will be taken and saved in your library. For iPhones with the Touch ID home button, this is still the case.

However, iPhones with Apple’s Face ID and no home button, such as the iPhone 11, iPhone 12, and iPhone 13 models, are slightly different.

This article will guide you on How to screenshot on iPhone 13? So, let’s begin!

How to screenshot on iPhone 13?

There are many ways of how to take a screenshot on iPhone 13, so we will discuss each method step by step.

1. How to take a screenshot on iPhone 13 using side buttons?

2. How to screenshot on iPhone 13 using Siri?

You may also activate Siri by long-pressing the Side button and saying “take a screenshot” or “take screenshot” if “Press Side Button for Siri” is enabled in your Siri settings.

Another option is to enable “Type to Siri” from the Settings –> Accessibility –> Siri menu. This, as the name implies, allows you to type to Siri rather than speak to it. To activate Type to Siri, long-press the Side button, type “screenshot,” and hit “done.”

Don’t Miss: How To Screenshot Snapchat Without Them Knowing?

3. How to screenshot on iPhone 13 using backtap?

Apple introduced the Back Tap accessibility function in iOS 14, which is still available in iOS 15. By double- or triple-tapping the back of your iPhone, you can conduct various actions, and you can choose which actions you wish to perform with each.

On all iPhone 13 series models, Back Tap is disabled by default. To turn it on

4. How to screenshot on iPhone 13 pro max using Assistive Touch?

AssistiveTouch is a feature on your iPhone 13 series model that can make it easier for some users to complete specific tasks, such as taking screenshots. Option 1 requires you to hit multiple physical buttons at the same time. However, AssistiveTouch can be used in a variety of ways.

Triple-click the Side button to bring up the AssistiveTouch menu, which will display as a circle on your screen. Choose “Screenshot” from Device –> More after tapping that circle.

5. How to screenshot on iPhone 13 using Voice Control?

Voice Control is another hands-free option to take screenshots on your iPhone 13, 13 mini, 13 Pro, or 13 Pro Max. This accessibility feature, available since iOS 13, allows you to control your iPhone using your voice. You can juggle many apps, unlock your iPhone with a secret voice command, and snap screenshots with it.

Well, these are some methods that can answer your question “How to screenshot on iPhone 13“. We hope this article was informative enough to guide you about taking screenshots on iPhone 13. Let us know if it was helpful for you in the comment sections below. 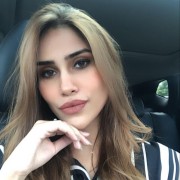 Hira Hafeez is an SEO content writer with 4+ years of experience. A keen learner and always striving to provide content that enhances the overall reading experience. Efficient in writing tech-savvy content that quickly grasp the attention of readers and of course, google.

Unable to Load Photo iPhone? 10 Easy Ways to Fix it!

How To Fix Google Maps Not Working iPhone?

iPhone Connects To WiFi But No Internet? 12 Best Ways To Fix it!

How To Recover Deleted Videos From iPhone? 4 Simple Ways!