Dracos Linux is the Linux operating system that is open source and built by The Linux From Scratch. This operating system is one variant of Linux distributions based on security testing of course for penetration testing purposes. Dracos Linux does not use GUI-based tools instead CLI (command-line interface) to perform its operations and tools.

Dracos development is initiated by Zico Ekel (The founder of the Indonesian Backtrack Team and the originator of Dracos Linux).

Yes, dracos linux has numerous fans around the world, thus the developer build their forum to connect them to the users. Follow this link to join dracos linux forum.

If you want to contribute to Dracos Linux development further, then join the forum. And if you find bugs on dracos, report the bugs! They has particular page containing reported bugs found. 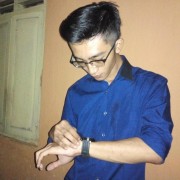 Setup your own Penetration Testing Environment (DVWA) on your Kali Linux