CouchSurfing is one of the most popular website on the internet, according to Alexa site ranking. CouchSurfing is an online service that lets users find free lodgings, suffered a data breach of 17 million users, and the data being sold for $700 on Telegram channels and forums.

A sample of data appeared on some forums exposing User ID, Names, Email Addresses, and account settings. However, sample data didn’t include password hashes for now.

CouchSurfing data made it’s way from private telegram channels to some infamous leak forums as raid-forums where’s the data publicly advertised for sale. 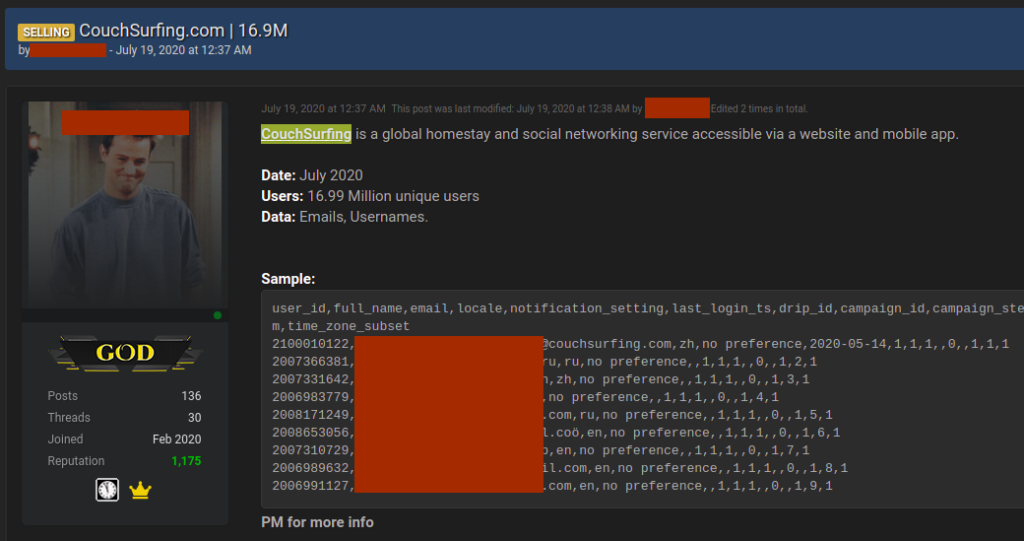 CouchSurfing currently ranked 10,000, according to Alexa site ranking. It was founded in 2004, and the company purged some inactive users a few years back.