First of all hacking is a hot topic of day so if you get know how many attacks done every day on Facebook you will be shocked 600,000  attempts for hacking Facebook account every day. It’s big figure. There is also a hidden fact that you can change your language to PIRATE on Facebook just follow steps and your language changes. 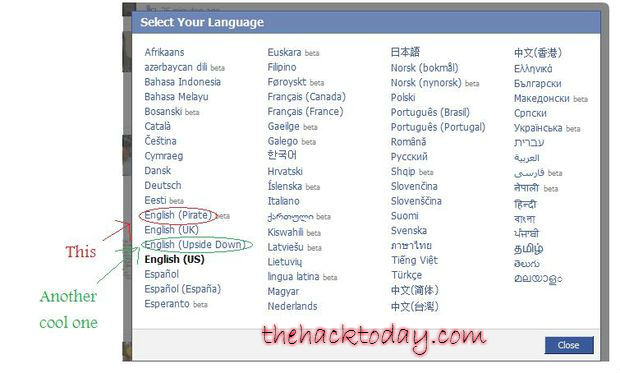 There is most shocking fact you guys heard that google is tracking you but there is one more Facebook is also tracking you even after sign out so be careful from p***. don’t mind that’s joke

Are you disturbed? SO after visiting Facebook you will b dis-satisfied from you live and that ratio is 1 people from 3 people. 30 Million people who actually dead in reality but alive on Facebook. Facebook and twitter and New York times banned in china .

If you feed up of Facebook you can ban any on Facebook but u cant block mark on fb go and try. There are more user on Facebook then the US citizen voters. Facebook spending 30 million Dollar for just hosting alone.when Facebook down for a minute they losses 25,000 dollar for a minute. and the owner mark getting paid as CEO of Facebook that amount is us 1 dollar is that enough.

1st hacker cup of Facebook is got by a google programmer who showed up Facebook headquarters to collect prize wearing google badge. Bored of conversation so you can play cheese in conversation but just writing a “@FBCHESS” to start game.

Apple Criticized the US Government's Stance

How to tell if someone is on Ghost Mode? Let’s Find out!

What Does Other Snapchatters Mean? 4 Ways To Find Out!

How To Delete a TikTok Video?